The caring and experienced professionals at Martin Brothers Funeral Services are here to support you through this difficult time. We offer a range of personalized services to suit your family’s wishes and requirements. You can count on us to help you plan a personal, lasting tribute to your loved one. And we’ll carefully guide you through the many decisions that must be made during this challenging time. 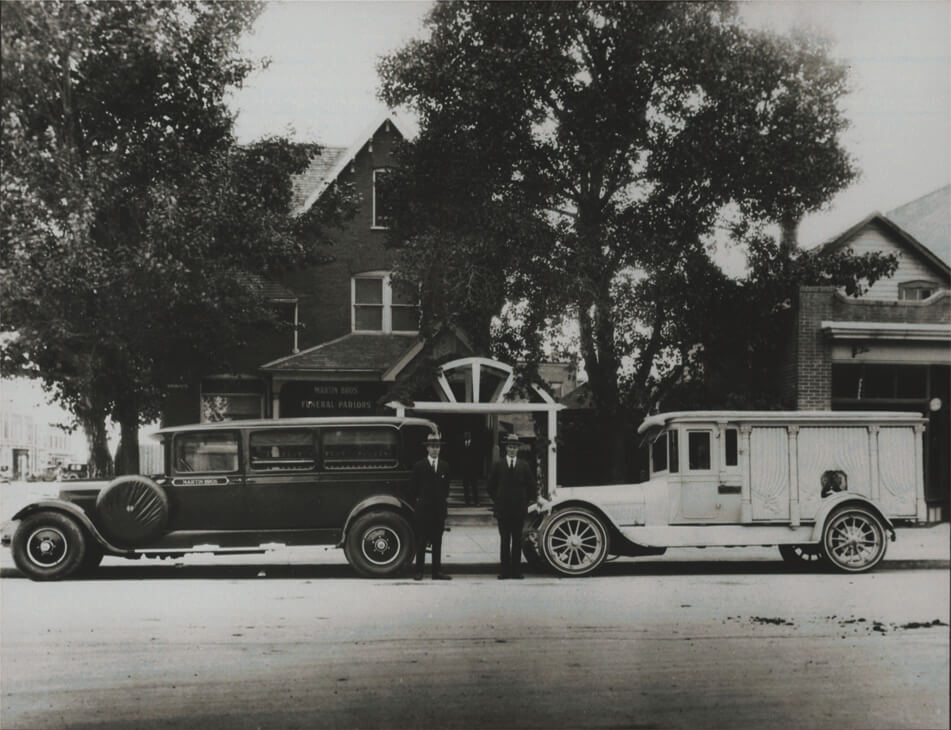 Benjamin Bennifer Martin, the founder, came to Lethbridge, Alberta with his family in 1904. In 1907 he began working with T.S. Fetterly in the funeral business. Benjamin attended the Cincinnati College of Embalmers, where he studied and obtained his license. When WWI broke out, he returned to England to serve in the forces, returning to Lethbridge in 1919, where he worked once again with T.S. Fetterly. Ben’s younger brother Harry Martin came to Lethbridge in 1922 to join Ben in the funeral profession. They purchased T.S. Fetterly firm, which then became Martin Brothers.

In 1961 Ben’s sons Derek.H.B. Martin and Dale Arthur Martin, purchased the funeral home from their father and uncle. In 1968 they began expanding and built the Memorial Chapel and later the Riverview Chapel, which is the flagship location to this date. Dale Jr. is now President and Owner of Martin Brothers. 100 years and four generations have established Martin Brothers legacy in Western Canada.

In 2013, Martin Brothers Funeral Services expanded to Vancouver, opening our Dunbar location, and subsequently our location at Burnaby Heritage Cemetery. Our long history and unique blend of service options have served families well, and will continue to serve and evolve in the future.

If you need our services immediately, please call us.
We will begin the process of bringing your loved one into our care right away.